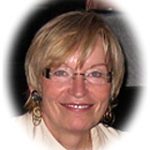 Dasa Lelli - Club Founder
As founder of the club in 1975, Dasa has brought a wealth of knowledge and experience to the club. A former national stream RG gymnast in her native Czechoslovakia and a graduate of the University of Ottawa in the Physical Education Honors program. Dasa is a NCCP level 3 certified coach and a fitness instructor. Dasa is passionate about coaching and is dedicated to providing a fair and healthy environment, where all athletes can reach their gymnastic potential. Dasa has coached and overseen all levels of RG within the club, shaping the club’s philosophy of teaching physical skills, sportsmanship and everyday conduct supported by strong moral values. Dasa is a long-time resident of Kanata who raised 3 boys in the Kanata community, and has happily welcome 6 grandchildren into the family. Dasa was awarded with the Ontario Coaching Association’s Coach of the Year Award in 2010.

In 2015 Dasa Lelli received The Brian Kilrea Award for Excellence In Coaching. 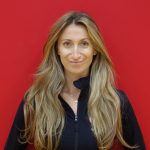 Yuliana Korolyova
Yuliana joined the KRSG staff in the summer of 2015 and is in charge of the development of National stream gymnasts in a club. Yuliana’s past experiences provided her with a strong/solid base in the RG elite area where she was given the opportunity to work along the best in the highly competitive environment. Now, Yuliana is excited to bring and share her knowledge with the coaches and the gymnasts in the KRSG club. Yuliana is NCCP Level 3 Certified Coach and an International Brevet level Judge. She graduated from the Competitive Coaching Program at Seneca College and from the Kinesiology Program at York University. In addition, Yuliana is an athletic life coach and offers an extensive expertise in developing young individuals with a healthy mind and body. This, along with a focus on physical health and athleticism has aided her to effectively impact the athletes and help them grow in all areas of their life. 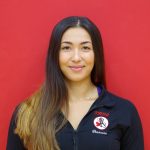 Breanna Rich
Breanna has her NCCP level 3 coaching certification and is also a certified interclub and provincial level judge.  Breanna joined the club in 2000 and is a former 5 time provincial champion and national level competitor with KRSG. Breanna has also participated in 2 Canadian and World Gymnaeastradas. Breanna attended École Nationale de Cirque in Montreal for her post secondary education specializing in aerial acrobatics and contortion. After school, she moved back to Ottawa to continue coaching at KRSG sharing her knowledge with her athletes. Breanna says "there is so much that kids can learn in the gym that can be taken with them throughout their lives." That being said, she loves working with kids and helping them grow not only as gymnasts but as children and young adults. 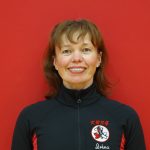 Irina Shivrina
Irina has her NCCP level 1 theory and technical certification. She joined KRSG in 1998 for one year and returned in the summer of 2008. Irina is originally from Russia where she graduated from Arts University with a Bachelors degree in Choreography. She has spent years performing professionally in dance groups. From 2000 until 2008 Irina shared her time between leading the kids fitness programs at Planet Fitness in Russia while at the same time she continued increasing her experience as a choreographer. Irina also worked in Italy as a ballet teacher before moving to Canada. Irina says, "Dance is not what you do, it is what you are!" 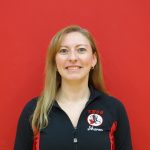 Sharon Fryer
Sharon has her NCCP level 2 coaching certification. Sharon is a former provincial individual gymnast and 3 time provincial champion training with KRSG in the 1990′s. She has attended 4 Canadian Gymnaestradas and 3 World Gymnaestradas in Austria, Switzerland and Finland and is the current KRSG team manager for the 2018 Canadian and 2019 World Gymnaestradas. Outside of the gym Sharon is the Manager of Events for the Canadian Wind Energy Association. 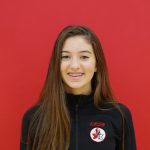 Chantal is a CIT (coach in training) this year and is currently working towards completing her NCCP level 1 certification. Chantal joined KRSG in 2009 and has been doing gymnastics for 10 years. She started with 2 years in the Recreational program then did a year of Rising Stars. She began competing at the Interclub level at the age of 8. She was then invited to join the Provincial stream at the age of 12 where she has been competing ever since. Chantal is excited to coach and share her love and knowledge of gymnastics with the other girls! 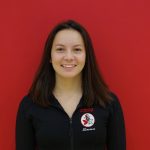 Emma Yau
Emma is a CIT (coach in training), working towards her NCCP Level 1 certification. She started rhythmic gymnastics with KRSG in 2008, in the Recreational program, later joining the Rising Stars. At the age of 7, she was invited to the provincial stream where she competed for 4 years before moving up to the national level when she was 12. To this day, Emma has participated in the 2018 Canadian Gymnaestrada, in Vancouver, and the 2018 World Gymnaestrada, in Dornbirn, Austria. She also competes at a provincial level individually, as well as in an AGG group where they’ve attended the 2018 AGG World Cup III in Paris, France. 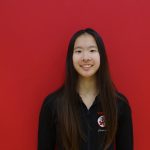 Jessica Luo
Jessica is a CIT (coach in training) this year working towards being a level 1 NCCP certified coach. Jessica joined the club in 2008 in the recreational program and soon joined the rising stars. Then, she competed in the provincial stream for 9 years. She is a part of the Charms AGG group and competed with them in France for World Cup III in 2018. Jessica has performed in one Canadian Gymnaestrada in Vancouver, and one World Gymnaestradas in Austria. She is very excited to continue coaching and pass down her knowledge and experience she earned as a gymnast to future gymnasts. 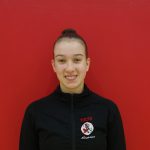 Sophie Monette
Sophie joined KRSG in 2013 in the recreational stream, after I completed all 6 badges I joined interclub individual and I am starting my 4th year. I participated in the 2018 Canadian Gymnastreada in Vancouver and 2019 World Gymnastreada in Austria with KRSG. 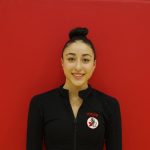 Haley joined KRSG in 2010 in the provincial stream. In 2015 she advanced to the national stream where she has successfully been a high performance athlete and a member of the Canadian National Team for four years. This opportunity has provided Haley with the experience of competing at the junior Pan-American games in Columbia, the Sofia Cup in Bulgaria, the Maccabiah games in Israel as well as many other international competitions.

Coaches in training are all current or former KRSG gymnasts with experience in both individual and group rhythmic gymnastics competition with a wide variety of equipment, and aesthetic group gymnastics. With training from Gymnastics Ontario, as well as Head Coach Yuliana Korolyova in progress, these coaches are enthusiastic and ready to share their knowledge and love of the sport with the next generation of KRSG gymnasts.